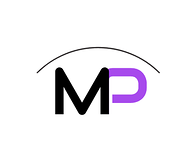 One of the hottest tickets in New York City is the TWA Hotel. Occupying TWA’s old Flight Center at JFK Airport, it’s a shrine to the glory days of air travel, complete with a Lockheed Constellation airliner parked out back. On a recent visit, a 1960s Lincoln Continental was parked in front, and it blended right in. Like the airline industry, Lincoln was at the height of its allure in the 1950s and 1960s, but has lost much of its luster in the ensuing decades.

So it’s appropriate that Lincoln is attempting a comeback with a vehicle named Aviator. The 2020 Lincoln Aviator is a three-row midsize luxury SUV, aimed at vehicles like the Audi Q7 and Volvo XC90. But it’s also the new face of Lincoln, aiming to woo buyers with distinctive style and character, as well an array of new tech features.

When it goes on sale later this year, the 2020 Aviator will be available with both gasoline and plug-in hybrid powertrains. Our test through California’s Napa Valley included seat time in both. The Aviator has a base price of $52,195, but our test cars were priced well above that. We drove a gasoline Black Label model that retails for $81,790, while our Grand Touring plug-in hybrid (in a lower trim level) was priced at $83,670 (all prices include a mandatory $1,095 destination charge).

The Aviator name was first used by Lincoln in the early 2000s on a rebadged version of the Ford Explorer, so it’s appropriate that the new Aviator shares a basic platform with the redesigned 2020 Ford Explorer. The new platform is rear-wheel drive, which got us excited about the potential handling benefits (more on that later), and gives designers more attractive proportions to work with.

Speaking of design, Lincoln worked hard to differentiate the Aviator from its Ford Explorer cousin – not to mention most other SUVs in its segment. Lincoln’s design team didn’t mess too much with the traditional SUV shape customers expect, but the Aviator isn’t just a box on wheels. Elements like the short overhangs, the way the hood and headlights curve away from the upright grille, and the way the body tapers front to back, give the Aviator a streamlined look. Unlike many current vehicles, the grille is a reasonable size. Chrome trim is also restrained, providing just enough glitz to reference classic American cars of the 1950s and 1960s. Much like the Volvo XC90, the Aviator is not only good looking, but also evocative of its brand and nation of origin.

The interior imports some of the more distinctive features from the big-brother Lincoln Navigator. While competitors waste time with electronic shifters that feel like arcade game joysticks, Lincoln has figured out the perfect solution: piano-key-like buttons that are easy to use, and are tucked up out of the way on the dashboard. The Aviator also features 30-way “Perfect Position” seats previously seen in the Navigator and the Continental sedan. With so much adjustability, finding that perfect position took awhile, but the seats were very comfortable once we did find it. Plus, the seats have a massage function, with multiple options to choose from. We were impressed by the interior materials in our Black Label test car, but felt that lower trim levels were a significant downgrade.

Like Boeing and Airbus, makers of three-row SUVs are constantly competing to deliver the most interior space. The Aviator compares favorably to its main rivals, and we certainly found it more comfortable than Delta economy. The Lincoln offers more first and second-row headroom than a Volvo XC90 or Audi Q7, although the Cadillac XT6 has more third-row headroom. That’s likely a case of the Aviator’s sleek design coming back to bite it, as the XT6 has a very tall, upright roof. The Lincoln also has more first-row legroom than the Volvo and Audi, and more second-row legroom than the Cadillac, but all three competitors offer more space for third-row passengers to stretch out.

The Aviator has one feature its rivals don’t: the ability to use your smartphone instead of a key fob.

With all three rows of seats in place, the Aviator offers more cargo space than its competitors. Cargo space is also the same for gasoline and plug-in hybrid models, despite the plug-in hybrid’s battery pack. However, the Cadillac XT6 has a bigger cargo hold when the two rear rows are folded.

Tech with a human touch

It often seems like luxury automakers pile on tech features without giving any thought to how they will be used. The Aviator doesn’t have say, BMW’s gesture control, or Volvo’s slick-looking portrait touchscreen, but the features it does have show an impressive attention to detail.

The Aviator also has one feature its rivals don’t: the ability to use your smartphone in place of a key fob. It was as simple as walking up to the car with the phone in hand, and then dumping it in a cubbyhole. Granted, we used a phone provided by Lincoln and set up for our test car ahead of time, so real-life experiences may differ. We do know that if something happens to the paired phone, owners can use a keypad on one of the door pillars to unlock the vehicle, and the central touchscreen to start it. The phone-as-key function can also be quickly deleted if a phone is lost or stolen, according to Lincoln.

A 10.1-inch touchscreen is standard equipment. The screen sits proud of the dashboard, putting it within easy reach of the driver, but it runs basically the same Sync 3 infotainment system found in lesser Ford models. At least Lincoln made Apple CarPlay and Android Auto standard, along with a built-in WiFi hotspot. Lincoln also found some smart ways to make the infotainment system easy to use.

Most new cars have steering-wheel controls so drivers can keep their hands on the wheel more of the time. But you can only fit so many buttons on a steering wheel before it starts looking like something out of Formula One. Lincoln solved that problem by limiting the number of physical buttons (supplemented by two thumb joysticks), and adding small screens that can display different symbols. That means you only get the options needed for the specific task you’re performing, be it finding a radio station or turning on adaptive cruise control. Lincoln also included shortcut buttons on the dashboard for driver aids and camera view, and a button on the upper edge of the steering wheel controls for voice control – making it easier to find those functions quickly.

The Aviator is not only good looking, but also evocative of its brand and nation of origin.

The Aviator is available with a 28-speaker Revel Ultima 3D audio system. Its speakers were strategically placed throughout the cockpit (including in the headliner) by Revel engineers, who had some input in the design of the Aviator cabin for this purpose. The results were pretty impressive, although we didn’t have access to uncompressed music files to give it a full test.

The system offers three main levels of immersion (stereo, audience, onstage), but users can infinitely adjust this using a slider in the touchscreen’s audio menu. Like the rest of the Aviator’s tech, it’s a simple solution to something that might overwhelm new users, although we do wish the slider wasn’t buried so deeply in the menus. On a different musical note, Lincoln hired the Detroit Symphony Orchestra to create the door chimes and other non-emergency signals, making them much less annoying than usual.

The Aviator name says a lot about the way this SUV drives. Like a jet airliner, the Aviator is big, powerful, and can cruise along at high speeds without disturbing passengers. But like a jet hitting turbulence, the ride can also get rough pretty quickly.

Base Aviator models get a 3.0-liter twin-turbocharged V6, which produces 400 horsepower and 415 pound-feet of torque. That’s the same amount of horsepower as the most powerful Volvo XC90 model (the Swedish car develops more torque), and substantially more than you get in any version of the Cadillac XT6 or Audi Q7. Power is sent to the rear wheels, or all four, through a 10-speed automatic transmission.

The Aviator Grand Touring plug-in hybrid ups the ante, adding an electric motor sandwiched between the V6 and 10-speed automatic, with power supplied by a 13.6-kilowatt-hour battery pack. With 494 hp and 630 lb-ft of torque, the Grand Touring beats the 2020 Chevrolet Corvette by 4 hp, with vastly more torque than the sports car. Now that’s a hot rod Lincoln.

Without the electric motor, the twin-turbo V6 felt plenty quick. The plug-in hybrid Grand Touring was just plain bonkers. It’s hard to believe such a heavy vehicle (the Grand Touring tips the scales at 5,673 pounds) can get moving so quickly. You don’t even really sense whether the power is coming from the electric motor of the gasoline V6, it’s all blended together into forceful forward motion. The V6 also sounded nice, but that’s partly due to artificial enhancement.

It’s hard to believe such a heavy vehicle can get moving so quickly.

It’s too bad the chassis can’t quite harness all that power. The Aviator never stops feeling like a big, heavy, vehicle in the corners. Combine that clumsy handling with the power on tap, and it’s easy to get in trouble quickly. Lincoln did not design the Aviator to be a Porsche Cayenne competitor, so that’s to be expected. Our drive route consisted mostly of twisty roads; we feel the Aviator would have been more at home on the highway.

Our test cars had the optional adaptive air suspension, which is a step up in sophistication from previous Lincoln systems. The Aviator can scan the road ahead for imperfections and adjust the suspension accordingly, or firm up the damper on a specific wheel to keep it from dropping all the way into a pothole. But that tech was negated by our Black Label test car’s 22-inch wheels, which created an uncomfortable ride, as well as lots of tire noise. Our Grand Touring plug-in hybrid, which had 21-inch wheels, was much more civilized.

Lincoln offers a four-year, 50,000-mile, limited warranty and six-year, 70,000-mile, powertrain warranty. Owners can also have the dealership pick up their cars for scheduled maintenance, and drop them off when the work is finished. Because the Aviator is a new model, it is difficult to predict reliability. Crash-test ratings from the Insurance Institute for Highway Safety (IIHS) and National Highway Traffic Safety Administration (NHTSA) are unavailable at this time.

How DT would configure this car

We would start with a Grand Touring plug-in hybrid, which comes standard with all-wheel drive (gasoline models come standard with rear-wheel drive). We would consider the Black Label trim level for its upgraded interior materials, but only if we could ditch the 22-inch wheels to avoid ride quality.

We would add the Dynamic Handling package to get adaptive suspension, and the Luxury package to get the 30-way adjustable front seats and 28-speaker Revel Ultima audio system. We would also upgrade from the standard Lincoln Co-Pilot360 setup to Co-Pilot360 Plus to get adaptive cruise control. Lincoln did not have pricing for individual options available at the time of publication, but we expect that to add up to a very expensive SUV.

The Navigator and Continental set a firm foundation, but the Aviator truly lifts Lincoln (no pun intended) back into the ranks of relevant luxury brands. SUVs are red hot, so Lincoln could have phoned this one in and probably still sold lots of cars. Instead, Lincoln delivered a new and different take on a well-used formula. The Aviator isn’t just another SUV, it’s distinctly Lincoln and shows that its creators put a lot of effort into it. That’s what separates good cars from the also-rans.

Should you get one?

Yes. The Aviator combines the feel and swagger of classic Lincolns with modern tech and practicality.